The Last Hour! was a project undertaken as an Associate Producer at Collective, on Calton Hill in Edinburgh and considered the contemporary state, and potential future, of the public house. The catalyst for The Last Hour! was the closure of Edinburgh pub, the Waverley Bar and a subsequent effort to claim it for the community which veered into this project and the idea that running a pub is like an art practice, in that both are a set of ideas or values that are being put into practice.

Taking its title from a chapter of The Pub and the People, a Mass Observation study from 1938, which examined the pub as a British institution, The Last Hour! sought to use some of the same research techniques to examine the pub of today. A new newspaper designed and edited in collaboration with artist duo Lloyd and Wilson – The Last Hour! – was distributed to pubs within a mile of Collective, while a series of events discussed questions around the ownership and role of the pub.

In the windows of Collective’s soon-to-be-decommissioned temporary gallery, Lloyd and Wilson created a new installation in the form of an expanded mind-map which echoed the appearance of a closed pub. The events programme culminated with the screening of Public House by Sarah Turner, a cinematic portrait of the London pub The Ivy House, and the local people who saved it from closure and redevelopment into flats.

Please get in touch if you would like a copy of the newspaper. 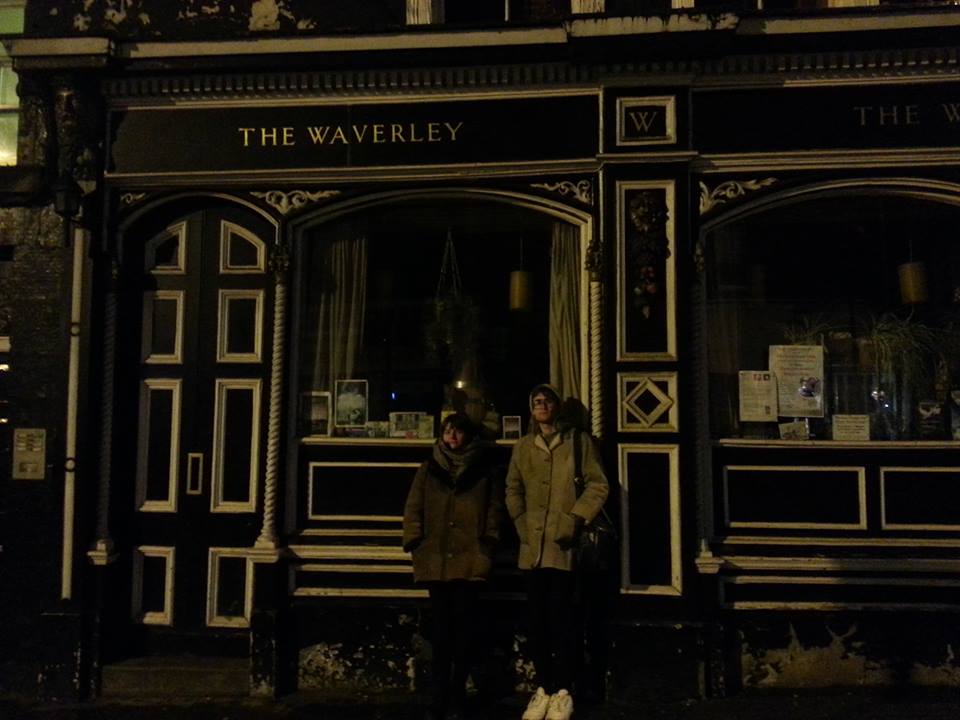 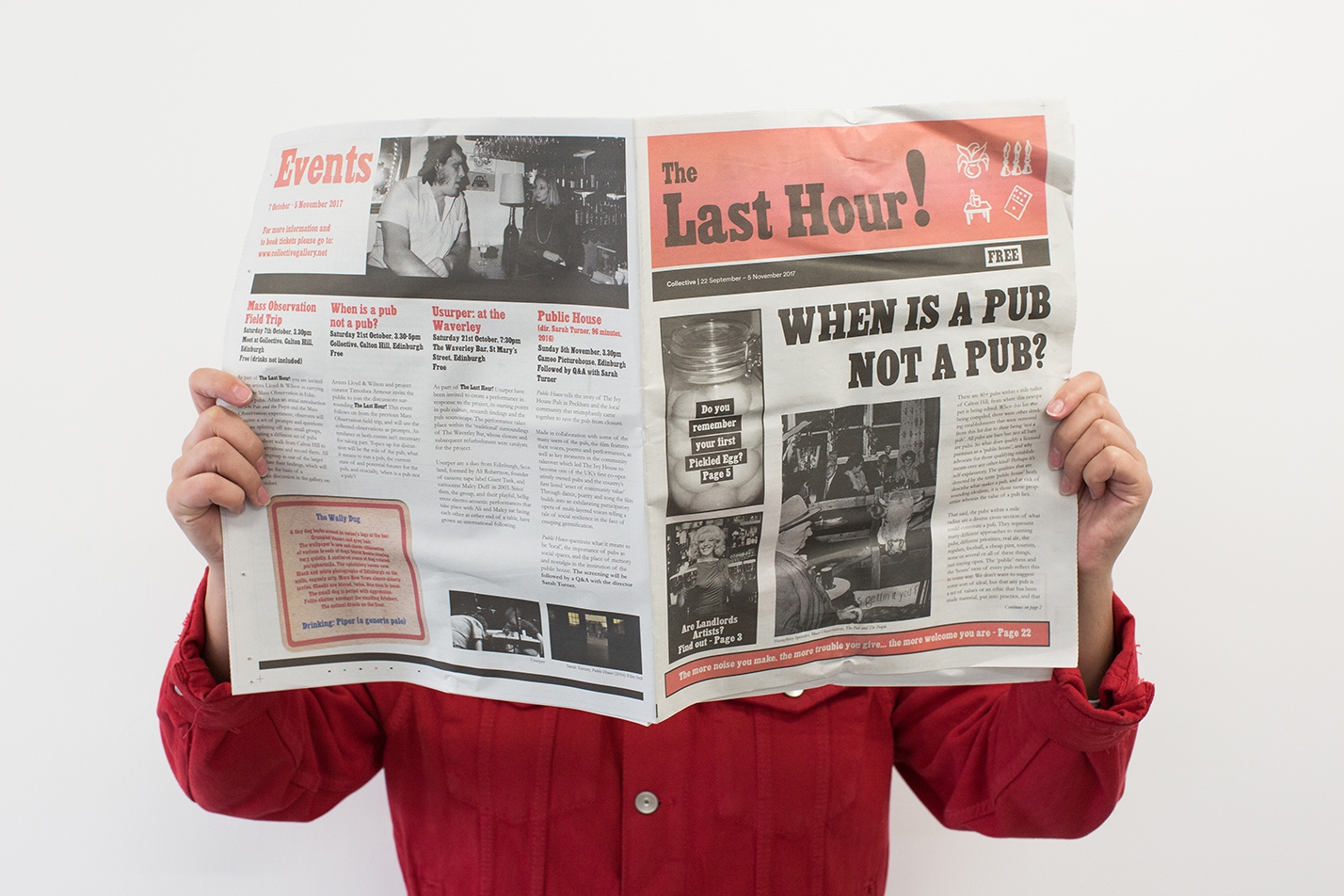 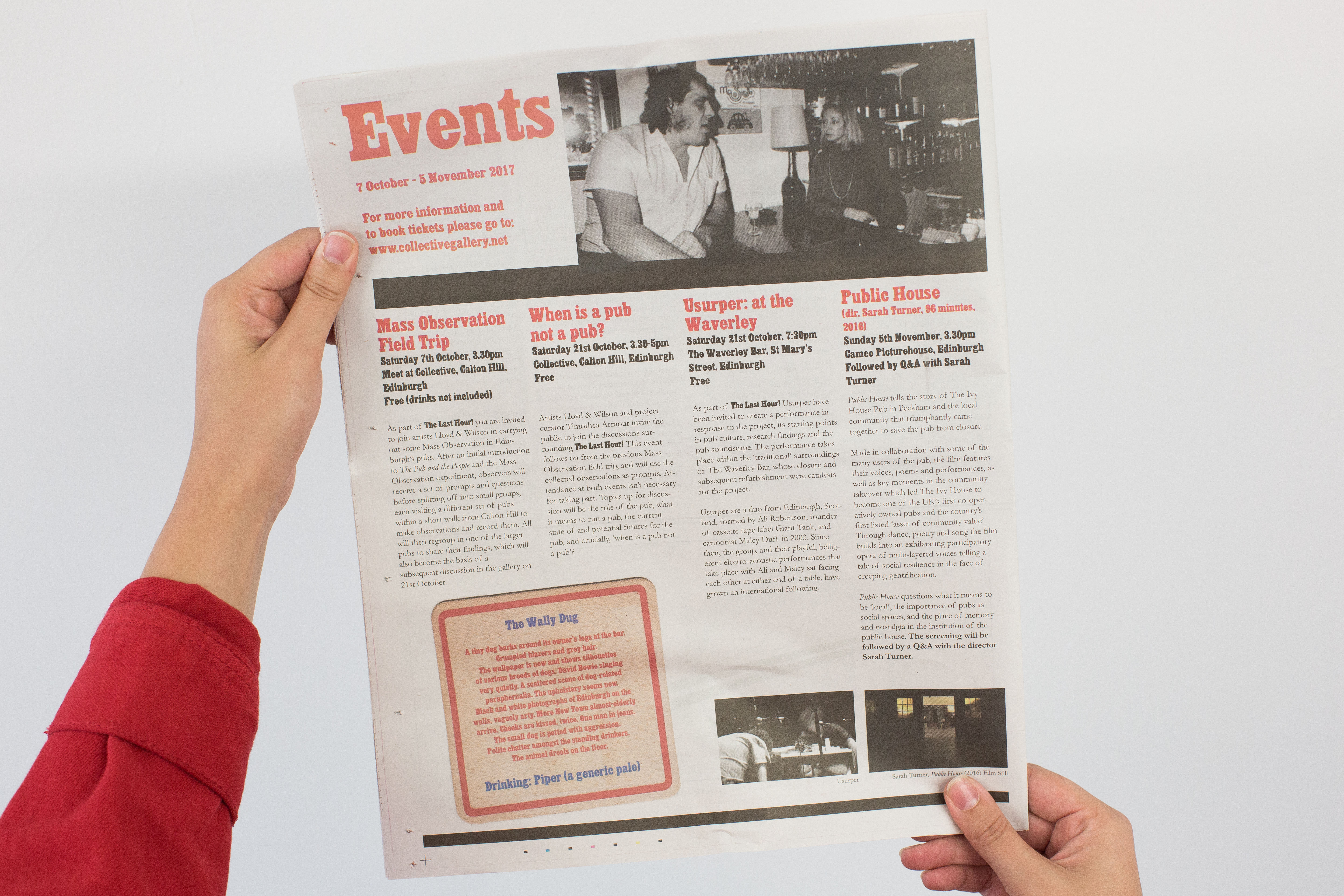