About two years ago the Rhubaba committee received an invite from the Edinburgh College of Art Alumni Officer to attend a talk being given by Brian Eno at the University. Two of us accepted the offer, perhaps in part because being given access to this sold-out event felt like some kind of acknowledgment of our efforts as volunteers in the years since we'd graduated, (and I happened to have the night off work). Before the talk, we met up with aforementioned Alumni Officer and a group of other invited alumni, hovering around a table booked for us in a nearby pub in the manner of a group faced with a 'networking opportunity', drinks bought for us by our Alma Mater. I stole the glass that mine came in. When we took our seats in the George Square Lecture Theatre, it seemed to be packed out more with male academics than with students. The talk took place with the aid of a Digital Visualiser – a device that points a camera at a desk and projects a live feed onto a massive projection screen. Brian Eno would use this to show himself drawing some fairly rudimentary mind maps on a pad of paper in felt tip pen. In the frame, next to the paper was a packet of pens, a 24-pack of Sharpies, a full spectrum extending beyond the standard primary-secondary range to more esoteric colours such as navy blue, peach and a pale, mint green. I remember this because they were the same packet of Sharpies I have, purchased from Ryman's where they are perpetually on special offer. I imagined the member of college staff, perhaps a long-time fan, a bit starstruck, tasked with fulfilling a request from Brian Eno for a few coloured pens and purchasing this 24-pack of Sharpies, on special offer from Ryman's. I'm almost certain this is what happened because the Edinburgh branch of Ryman's is located strategically close the university campus, and in the end only three or four of the darker shades were used to write on the pad of paper.

This text is not about Brian Eno as such, or his work, although he is a point on the mind map that I made to write it, a character through which to explore my feelings about felt-tip pens. This is more about stationery and high expectations. A full set of felt-tip pens has utopian possibilities. With this comes the inevitable and specific sadness of losing one of the colours in the set. Losing one of a set of felt tip pens before these possibilities have even been sketched out is one of the many small ways by which I regularly let myself down.

Another way I frequently disappoint myself is by having a job. I don't want a job! Brian Eno doesn't want me to have a job either, he says so in a YouTube clip, in which he also speaks about the creative intelligence of communities: "I often get asked to come and talk at art schools," he says, "and I rarely get asked back, because the first thing I always say is, 'I'm here to persuade you not to have a job.'" This is where the packet of sharpies and their utopian possibilities come in. Like Brian, I like to use mine to make mind maps, and although I've yet to reach a status that entails an assistant buying me a fresh packet every time, sometimes this can help me get over the disappointment of having to go to work. More specifically, this particular set of pens has been used many times, often by the Rhubaba committee, to make grand, rambling and multi-coloured recordings of a group imagination whose energy and expansiveness across a whole table top proposes a better version of the world, with a fistful of colours for every hand around the table. Please excuse this level of sincerity in what I envisaged would be a much droller text about how I have to buy my own felt-tips. But the felt-tip-planning stage of any kind of creative work is sort of the purest, most hopeful part of the process, when everything that you've written down is going to happen and the complications haven't come up yet. By writing something down in front of a circle of witnesses you feel like you are willing it into being, coloured arrows offering routes past your own personal, individual failings. (For instance, if I wasn't writing this by myself I wouldn't simultaneously be looking at trainers in the Reebok sale, texting my manager about shifts and eating an entire packet of chocolate coated peanuts and my notes would probably look nicer too; the advantages of group working are endless.)

Often in these group planning sessions, a desire for a Universal Basic Income arises that aligns us with Brian Eno's stipulation that in an ideal world artists wouldn't have to have jobs and no-one would need to prioritise earning a living over creative work. We endeavour to “work to a future where everyone is in a position to […] take maximum advantage of whatever [their] possibilities are”. But the more we imagine the intricacies of these other possibilities, the more work becomes apparent that have to do to get there. Imagine that one square foot of mind map = a year of work. We're going to have to ask for more days off, because I'm not convinced that Brian Eno and all his male, academic acolytes have totally got our backs on getting this shift covered, even if we are in agreement about what the future should be like. Meanwhile, my friend is a trainee teacher and has to buy her own felt-tip pens to share with pupils because the school has had to cut its stationery budgets. This isn't a unique occurrence; 94% of teaching staff in the UK pay for essential classroom materials. There's a big difference between this stationery drought and the luxury of having twenty-four colours to choose from when you only need two or three. If all fresh, new packets of felt-tip pens have utopian potential then it's important to notice whose hands are holding them.

In any case, we're not the only ones imagining different futures through the medium of felt-tip mind map. Hundreds, maybe thousands of felt-tip mind maps are probably being sketched out right now, in both classrooms and boardrooms across the globe. Perhaps they aren't such a balm for self-disappointment and job-having when you have to make one as part of your job; the aesthetics of fresh stationery are at the same time those of Getting Stuff Done. Paperchase sells a few things that make this point very literally; you can buy a notebook embellished with the slogan 'Think Less Do More' on the cover – in their words “the perfect tool to make today awesome”, without specifying whether 'today' is a work day or not. The marketing of these items seems to be based on the assumption that we all have too much to do - at work and outside of it - and need something cute and maybe sparkly to smooth over this unpleasant reality as we attempt to cross everything off an exponentially growing To Do List. Stationery can be for work and for leisure and as our work lives begin to resemble leisure activities and our leisure begins to look like work, who knows what the hell it is exactly we're trying to Get Done, but we're going to be PRODUCTIVE and not necessarily in working towards this utopian imagined future where we don't have to.... work.

The art world might be caught up in its own version of this, especially in the artist-run community, where for every problem we face there is a full calendar of workshops, panel discussions and summer schools setting out to solve it with an arsenal of highlighters, post-it notes and flip-chart paper until this becomes a kind of art practice in its own right, whose aesthetic is that of a quasi-office-classroom, albeit a self-instituted, non-hierarchical one, situated within a circle of plastic chairs. There's the old cliche about an artist's terror at being faced by a blank page but we choose to face it together; we turn to stationery when we need a tool to work collaboratively, to plan something better. The difference between stationery and other art materials is to do with its accessibility and immediacy. It's relatively difficult to know what to do with say, even just a set of watercolours; they require preparation, some knowledge of the way they behave, ask for more time, whereas it takes no instruction to use a packet of felt-tips, self-explanatory, convenient and familiar.

Earlier this week, I was completing an aptitude test in order to register for an office temp agency, and one of the questions centred on the difference between 'stationery' and 'stationary'. Well, I knew that; one is what I feel, one is what I need to move on. I don't do anything now the pen that came with my diary ran out and I don't write down things to do in it anymore. I passed the aptitude test, anyway. 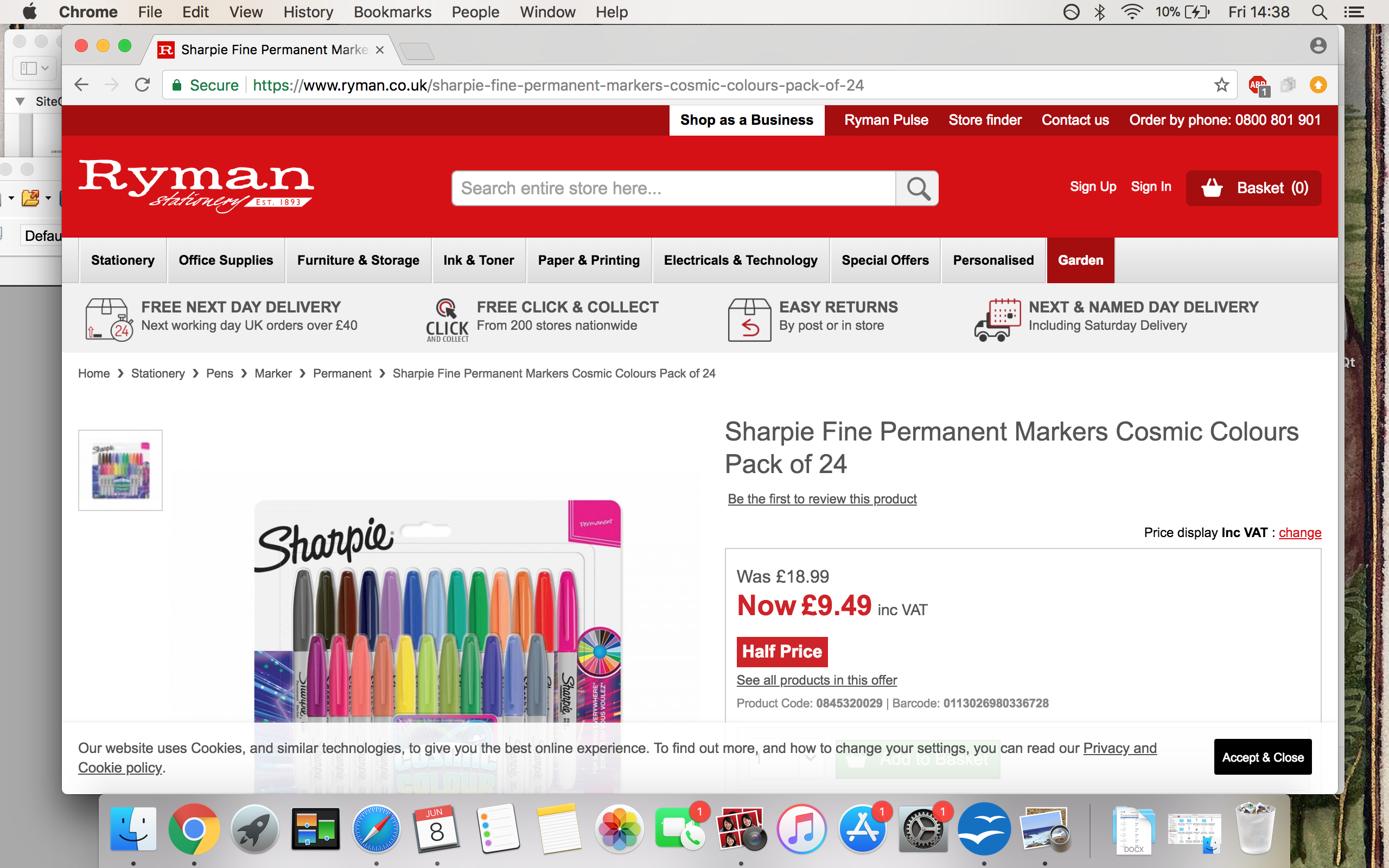 Published by Rhubaba, as part of the project Learnin' Broke My </3, funded by a-n